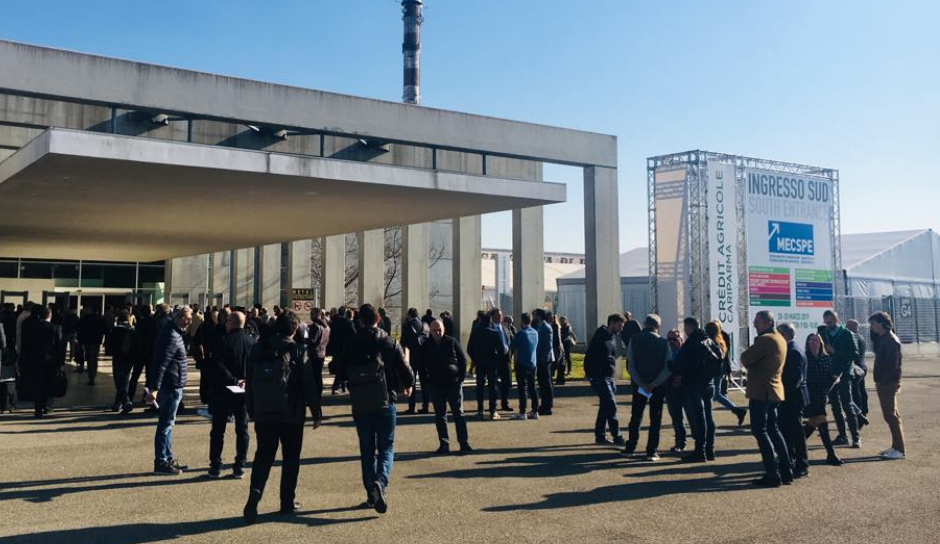 8 out of 10 manufacturing companies in Italy believe in their own digital transformation, but is the Factory also smart for young people?

Milan, March 28, 2019  – Technologies such as artificial intelligence, augmented and virtual reality are opening up new scenarios, which might change the future way of work, envisaging thereby the emergence of mixed work teams, composed of men and smart technologies. This is the opinion of 43% of Italian manufacturing SMEs, that have already adopted or intend to introduce, by 2019, innovative technologies/processes including IT security, cloud computing, collaborative robotics and the internet of things.
According to entrepreneurs, investments in training represent the best strategy to enhance human capital in the company  (49%), but they are aware that they still have to struggle against certain stereotypes that are present mainly among young people, who see work in the factory as tiring and manual (64%), repetitive, not very creative, leaving little room for personal fulfillment (48%), little recognized socially (41%) and even a technologically backward place (29%), making it difficult for companies to find specialized profiles.

That is the national analysis presented by Senaf at the opening of the 18th edition of MECSPE, the trade fair of reference for the 4.0 manufacturing sector scheduled from today until March 30 at Fiere di Parma, which draws a broad picture on new technologies, young people, education and future jobs, with an eye to emerging trends including sustainability. According to the last MECSPE Italian Observatory, related to the second half of 2018,  8 companies out of 10 believe in their own digital transformation occurred in recent years and almost all (over 9 out of 10) believe they have a medium-high level of knowledge with respect to the technological and digital opportunities on the market. The focus in 2019 will aim at new enabling technologies , continuing in the direction towards mainly IT safety (74%), connectivity (60%), cloud computing (33%) and collaborative robotics (28%) that have already been introduced, and at research and innovation: 61% will invest up to 10% of their turnover and 25% will dedicate between 10% and 20% thereof, while targeted advice (51%), knowledge transfer (42%), confrontation with competitor companies (39%), but also workshops (21%) and the tutorship of a university (15%) are considered as useful tools for the development process.

And the University itself, as well as technical institutes and vocational schools that remain the important references with regard to the search for new skills that will deal with the challenges of Industry 4.0, are preferred by 35%, 34% and 28% of entrepreneurs, respectively, according to whom technology has a leading role, but only if supported by an adequate human formation and cultural change  (46%). People always play a fundamental role, they are at the centre of the processes and human perception is the true driver of change (39%): this is the dominant feeling, which however leaves room for uncertainty on how to approach young people to this world, in the light of the fact that 48% think that the impact of digitalisation in everyday life will necessarily impose the birth of new professional roles, with strong IT skills.

“We are in a scenario in which talking about digital skills will be the priority by 2030 and if we look at the results emerging from the MECSPE Observatory, the most sought after specialized profiles will be for examples robot engineers, artificial intelligence programmers, big data or IOT specialists – commented  Maruska Sabato, Project Manager of MECSPE  –  MECSPE has always believed in young people and is attentive to the issue of training, this is why we are planning initiatives for the 2019 edition where to bring together culture and applied knowledge in order to meet the need for technical skills expressed by companies as urgent. In particular, ‘MECSPE Young & Career’ will be a space entirely reserved for exhibiting companies, engaged in research and recruitment of specialized young people, diploma holder/graduated, coming from vocational schools, technical institutes, universities, post-university masters, with the aim of being a bridge between industry and youth world, and thus stimulate the encounter between labour demand and supply “.

Therefore, MECSPE is moving parallelly with the growth and renewal drive implemented over two years ago by the Industry 4.0 Plan. But what do the entrepreneurs think about the measures that the Government has put in place in the last budget, to favour the digital transformation? 42% considers the measures positively and in its opinion they can make a difference and will make it possible for companies to take a step forward, 43% consider them quite good, i.e. a good starting point but not yet sufficient, while 11% has a negative view and would like a more structured plan. The tax credit for research and development activities  (80%), as well as the extension of the hyper-amortization of machinery  and functional infrastructures for digitization  (79%), training bonus 4.0  (71%), New Sabatini  (67%) and the incentives for investments in innovative startups  (51%) are considered the most relevant initiatives planned to incentivize the spread of Industry 4.0.

Company trend of Italian companies in the mechanical and subcontracting sector is currently overall satisfactory, in which 62% of entrepreneurs reports a very positive company trend. In the second half of 2018 compared to 2017, turnover recorded a 53% growth of companies, while 38% declared stability and only 9% a decrease. 75% of companies sees its order portfolio as “adequate” to its own levels of financial sustainability, in contrast with the remaining part according to which it is insufficient. As regards forecasts for 2019 and with reference to turnovers, 40% expect growth, 48% stability and 12% expects a decrease. Exports remain a driving factor for SMEs and almost 7 out of 10 declare to export their products and services, with a variable incidence. 25% say they make less than 10% of their turnover abroad, 17% “from 10% to 25%”, 16% “from 26% to 45%”, 9% “from 46% to 70 %“ and 6% “over 70% “. Exports aim mainly at the countries in Central and Western Europe (78%), followed by Eastern Europe (27%), Asia (19%) and North America (18%). About 13% export to Russia, while 10% to South America and the Middle East, 5% to Oceania and Northern Africa which represent the other outlet markets. No doubt about the future market on which the single companies will be operating: over the next 3 years, 12% expect a contraction of the scenario in which it is operating, in contrast with 40% which is openly convinced of the development of its own reference market and 48% believe there will be no big changes compared to the current trend. Instead, the cases of staff growth are increasing by 52%, 43% are stable, while 32% expects to expand its workforce in 2019 with respect to 64% that declares it will not change.

BEYOND THE LIMITS: DEEP TREND ™ IMPACT ON THE MARKET OF MANUFACTURING COMPANIES

How do Young people consider the factory today and what is the role of sustainability in corporate strategies? Blueeggs, a company that specializes in Deep Trend™ of emerging consumption and branding strategies, has drawn an analysis on the main Deep Trends ™ of the Italian manufacturing sector, bringing the attention to very interesting views. For example, one of the elements in the first place that might make work in a manufacturing company unattractive for young people, which often represents a reason for disinterest, thus making it difficult to find specialized profiles, is the idea that in manufacturing companies tiring and manual work is required  (64%), followed by a vision of repetitive, not very creative work, with little space for personal fulfillment (48%) and the fact that work in the factory is little recognized socially (41%). Furthermore, 29% of the interviewed entrepreneurs think that the imagination of the manufacturing company as a “technologically backward” place also influences the imagination, and one of the little appealing factors is the idea that work spaces and times are “timely fixed and binding”, so far from the current lifestyle which is more oriented to flexibility and smart working. And yet, if we imagine how the way of work will be in the future, especially with regard to the introduction of technologies such as AI, VR and AR, Italian entrepreneurs think as follows:  43% hypothesize the emergence of mixed work teams, composed of men and smart technologies; 13% envisage virtual work environments in which to test products, exchange information, dialogue with the client or end customer; while 4% say that the job will almost become a “game”, where staff will have a more engaging and rewarding experience, with interfaces very similar to those of virtual games. 26% is more cautious, according to which the tools will change, but the working life will remain the same.

Today’s sustainability has taken on a strategic role in corporate decisions: 34% declare they have increased their commitment in this direction over the last few years, 32% is aware of the importance and intend to look after this aspect in the future. 15% considers it a strategic competitive factor to distinguish themselves on the market, above all in foreign relations, and they also undertake to communicate it, but the percentage of those who believe it is a marginal factor is considerably high and go no further than doing what is required by law (19%). With a view to full attention and sustainability, the ranking of the investments, mostly aimed at, sees in the first place the reduction of consumption (61%), attention to pollution and environmental impact (57%), attention to ethics in the relationship with suppliers and customers (47%). This is followed by the focus on employees (CSR projects) (36%), support for local economy (23%), eco-sustainability of products (21%) and at the bottom joining charity/charity projects (12%). However, if we think about the relationship with the customer and the aspects on which they are most sensitive, according to the companies, the priority (41%) is given to the environment over ethics, which constitutes only 17% according to the entrepreneurs. 18% think that both factors affect purchasing decisions, while 25% believe that customers are not sensitive to any aspect of sustainability in what they buy.

Also MECSPE, in collaboration with Tecniche Nuove, has awarded sustainable companies, through the creation of the path “I do more”, which highlights the companies that stand out for their green and eco-friendly attitude.

The survey was conducted by GRS Research and Strategy on a sample of 312 Italian companies in the mechanical sector using the CAWI (Computer Assisted Web Interviewing) method. The survey took place in January 2019.